Software updates are slowing your devices in the long run!
0 Comments Have you experienced a slight performance decrease or camera quality degradation after you have updated your device software? if yes, read along to know how these happen and how manufacturers have knowingly or unknowingly slowed down your phones for years.

before the performance degrades would be negligible for the average audience but Lately, this has become very obvious as many users have been complaining about similar issues on forums all over the web.

So in this article let’s dive deep into what’s happening behind the OTA updates on all android smartphones.

Why is this slowdown happening?

When developers or the manufacturer pushes an update, that update might have some new built-in features added to the package. You install the update hoping for new features, a more optimized experience, and past bugs fixed. But those new features are added on top of the previous update package. This demands more resources than the previous version of the software update.

Think of these new features as a new patch to a torn blanket or a flat tire. These patches become an additional weight to the blanket or the Tyre. Likewise, these new software patches or new features demand more CPU power and more Ram to stay running in the background.

The next time you get an update check the System Ram usage before and after the update. you’ll see it for yourself.

You can check the System ram usage by enabling Developer options. To enable developer options, go to the about section in the settings and tap on the build number 7 times until it says “you are now a Developer”.

Now you can check the System RAM usage, RAM used by the apps, and the total Free RAM.

Bugs that come free with these software updates

There have been a lot of Situations where Camera quality also degrades as new updates get installed.

The software updates have been okay within 6 months to the 1-year period after the launch. As soon as this mark crosses there will be many complaints and outrages in forums about the Camera quality degradation, an increase in the intensity of the lowest brightness setting. And so much more that I can’t even cover the entire problems here.

How this is Happening?

When a manufacturer launches a new device. be it a Mid-range device with snapdragon 700 series chipset or the Flagships with the top of the line 800 series. The latest is Snapdragon 888 Gen 1 with the new naming scheme.

There have been a lot of rumors about companies trying to slow down old devices through software updates. Apple has been a victim of this before by slowing down old devices with an argument to improve battery life.

Nobody knows if these smartphone manufacturers are doing this knowingly or unknowingly. But many tech journalists say that this is because of internal negligence about the older devices.

pre-Covid there are only some companies that got pointed out to slow down old devices. But things changed drastically after Covid hit. Now every smartphone manufacturer is blamed for doing the same thing and nobody has a clear idea if this is done intentionally.

Tech influencers like Geeky Ranjit say this is caused due to the poor quality assurance of the manufacturers before pushing an update. And maybe due to the negligence of QA people inside the company towards older devices.

There have been a lot of cases where updates are pushed without proper Quality checking. And consumer smartphones getting bricked due for this reason. When this is reported in forums the companies have called back or stopped the updates getting pushed to more devices.

One such case happened recently with Oneplus Devices. the models from Oneplus 6 to Oneplus 9 got bricked due to a firmware upgrade and went into “Crash Dump Mode” Read more about it here!

What can we do to save our devices from slowing down?

I have a Oneplus 6 with 6 GB of Ram and my system uses close to 3 GB of ram. when I bought it the system Ram usage was around 1.1 GB. Due to the course of multiple updates, the system now occupies a major chunk of available ram, close to 50% in my case. This leaves less amount of RAM available to the apps which results in hiccups and slowing down of your device.

One thing that we can do is resist the urge to update the device to the latest version. Whenever you get an update notification please wait for a week or 2 weeks before installing it.

In these 2 weeks check for reviews of the update on various forum sites like Xda, Reddit, and the company’s official forum. if the reviews are good go for it.

But the best thing to do is stop updating your smartphone after 1 year from the date of purchase. So that you won’t get any poorly optimized software installed on your smartphone.

Comment down what you do think about this issue and let me also know your views on this!

5 Tips to choose a better smartphone for your money Here’s everything you need to know about the new releases at the Apple Event 2022. Know about the latest iPhone 14 series, Watch series 8, AirPods Pro 2 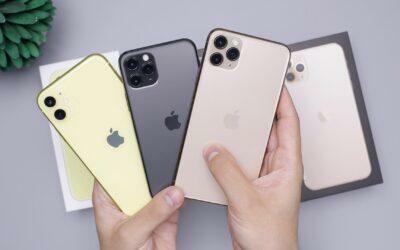 5 Tips to help you choose better smartphone for your money.

Choosing a smartphone from a plethora of options has become hard. choosing something out becomes hard when you have so many options on the table. 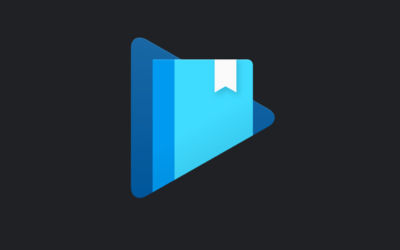 How to use google play books as an Epub reader

Google play books is an awesome choice for you to read Epubs downloaded online. let us give an idea on how to to use Google Play Books. Click to read more!.

Stay Up to Date With The Latest News & Updates